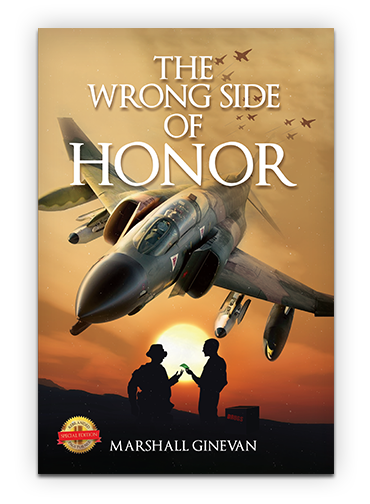 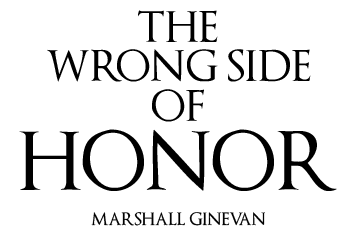 This is a novel set in Southeast Asia at the end of the Viet Nam War. It is an historical fiction story of the war on the opium trade conducted inside Thailand. Factions and infighting between the military, the CIA, and other agencies. Humor of daily military life overseas. Flying and action. 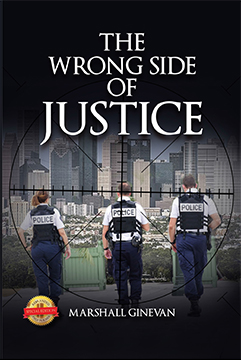 Drug dealers have taken control of local Texas governments and are sending innocent police officers to prison. Mike Marshall, former Marine fighter pilot and DEA agent, is out of prison and at war with the... 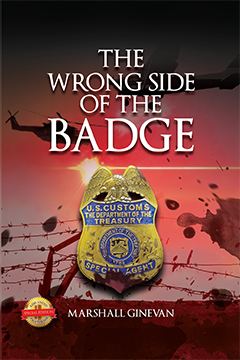 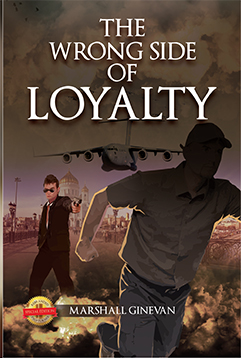 The Middle East War has all-women crew members flying the new C-50 vertical-takeoff transport and the President is sending them into combat for the first time. 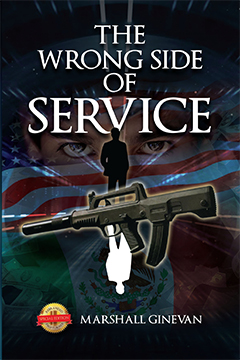 Two retired federal agents are drawn back to investigate the questionable death of a retired brother agent. The twists and turns takes them to unexpected... 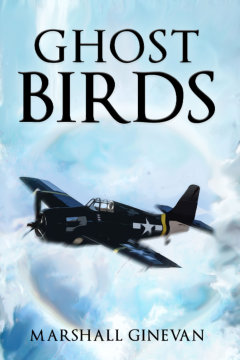 From strange storm clouds along the Southern Gulf Coast, military aircraft lost in 1943 are returning to where their old bases used to be. Aviation attorney and retired Air Force Colonel Jake Masters leads the secret government investigation to find out where these warbirds have been, how they are returning and how to return to 1943.

Marshall Ginevan grew up in Pennsylvania, but spent most of his adult life in Texas. He writes from his experiences as an Air Force veteran, has worked in both federal law enforcement and on a city police department, and is a pilot. Retired from airport management, he has now returned to Pennsylvania.

Christmas is that time at the end of the year when we share our good fortune with others in a spirit of giving. New Year’s, on the other hand, is when we resolve to start something new for ourselves. Both are very important for writers.
Over Christmas, I undertook an editing project for a fellow veteran who wants to become a writer. He and I have a lot in common. We are both Air Force veterans who worked in the Security Police career field. He has a good story going in his novel with a lot of realistic action and characters that veterans can easily put names to. But he lacks a lot in basic English writing skills...

I just completed writing another novel, the fifth in the Wrong Side series. Completing the first draft of that novel was the easy part of writing. If you have a story in your head, just get it on paper or in the computer – however you write. Don’t spent time correcting spelling, grammar, punctuation, confusing wording, and such. Once you have moved it from thought to writing, you can move to the next step – editing.
I like to write on the computer and let the story flow freely. Some writers need to make an outline of their story before starting to write. That is good, because you can write from any...

The Wrong Side of Service

The last book in the Wrong Side series is about to be released. The heart of The Wrong Side of Service is a murder mystery. But if you have read the other four books in the series, this book will explain what happened to some characters who just disappeared from the previous books and it will tie up some loose ends. It will take you back in story time to the previous books.
In The Wrong Side of Honor, you were introduced to Eddie Donevant, a young Air Force fighter pilot in Thailand, who was reassigned to an intelligence position in the Security Police building at Ubon. His intelligence partner is Staff Sergeant Ray Metson, from Security...

Marshall Ginevan spent most of his adult life in the Houston area of Texas. But the past winter he was back in southwestern Pennsylvania, where he reacted to the overcast skies and cold temperatures like a bear – curled up trying to keep warm rather than doing much writing.
This winter is different. When early October saw the first snows blow in, he was on the road to sunny and warm Texas, watching the snow in his rearview mirror. Now, snug in his Texas hideout with sunny skies and warm temperatures, free of family and most other daily distractions, he can...

Where Do I Go From Here ?

Lonnie Fulbright is a retired Air Force veteran and writer who wrote a pair of war novels. Reapers War: The Beginning and Valley of the Shadow: Reapers War. He wrote about what he knew. And he took the time to set up the characters and the action, then took his readers through very believable action that ultimately brought them back to friendly forces. He tells a great story. His hero was successful. But he is now faced with a problem that many published authors face. Where do I go from here?
Sometimes the story is about a one-battle hero, and he just goes home. Or he is killed off at the end of the story. But, if the writer wants the hero to continue, he must..

Winter of Writing in Texas

For the past several months, I have been at the Texas hideout. Hiding out from what? The cold winter temperatures and snow in Pennsylvania. We’ve had some chilly nights down here, but nothing that requires more than putting on a jacket before going outside. No snow to shovel or ice to slip and fall on. But as the temperatures climb and the promise of flowers blooming, I will be packing up and driving back north once again.
My days in Texas have been spent eating too much and exercising too little, but I have been writing and editing. I wrote one short novel, one short story, edited...

Writers write in assigned lanes that are properly labeled. Most of my writing is fiction and is in the action / adventure lane. The readers know what they are getting when they read my books. Call it truth in advertising. But my first short story was published in a literary journal that included essays and poems. The first question that I was asked was, “Is this a true story or is it fiction?” I like to write fiction that is believable, so I felt my fiction story was a success.
Today, the line between fiction and non-fiction has become as faint as faded paint markings on an old city street. It is not that fiction has become...

The new Marshall Ginevan book from Page Turner Press and Media is a short novel titled Ghost Birds. It steps away from the serious threats of drug trafficking, terrorists, and police corruption that are found in the Wrong Side series. Ghost Birds is a mix of science fiction and mystery in an aviation story about military aircraft returning across a timeline from 1943.
Most of the characters in this book are new, but you are not totally unconnected from past Marshall Ginevan novels. Jake Masters was introduced in ...

How Much of You is in Your Fiction Characters ?

As fiction writers, we create characters who have specific purposes in our stories. They create conflict and tension – necessary ingredients for fiction.
So, are characters just an extension of the author, or are they free and independent persons within the story acting and speaking on their own? Do the characters reflect the author’s political viewpoint, religion, race, sexual orientation ...

Two Story Lines in the Wrong Side Series

The Wrong Side series of books are two intertwined stories. One tells the story of Mike Marshall, a tough Marine. The other tells the story of Eddie Donevant, a smart Air Force officer and a lawyer. To better understand how the stories blend, it is best to read them in order.

GET IN TOUCH WITH THE AUTHOR